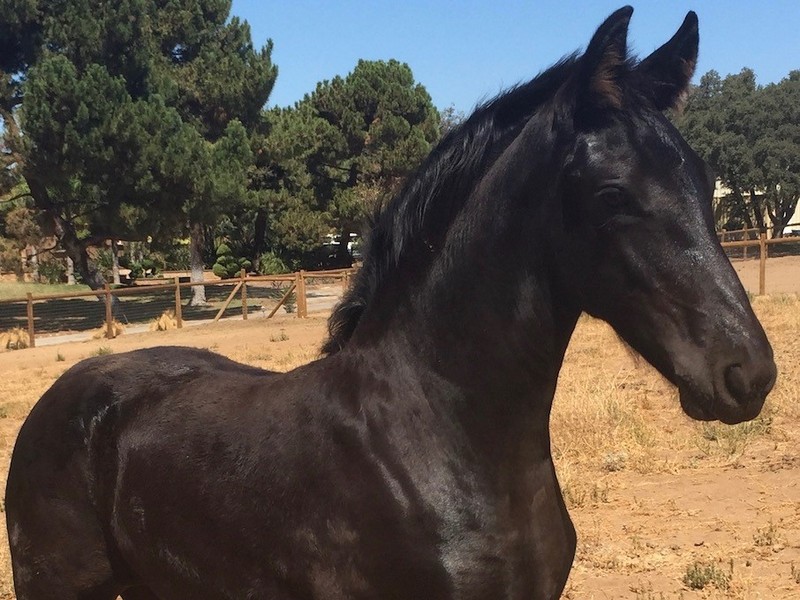 She was born here.  She was a complete surprise.  Her mom Trudi was still healing from years of starvation when she came to live with us and so thin that even the doctors didn’t notice she was pregnant. Luckily, Pearl was born without complications.

The Friesian (also Frizian) is a horse breed originating in Friesland, in the Netherlands. Friesians are graceful and nimble for their size. It is believed that during the Middle Ages, ancestors of Friesian horses were in great demand as war horses throughout continental Europe. Through the Middle Ages, their size enabled them to carry a knight wearing his armor. Though the breed nearly became extinct on more than one occasion, the modern day Friesian horse is growing in numbers and popularity, used both in harness and under saddle. Most recently, the breed is being introduced to the field of dressage. The average lifespan is 25 years.