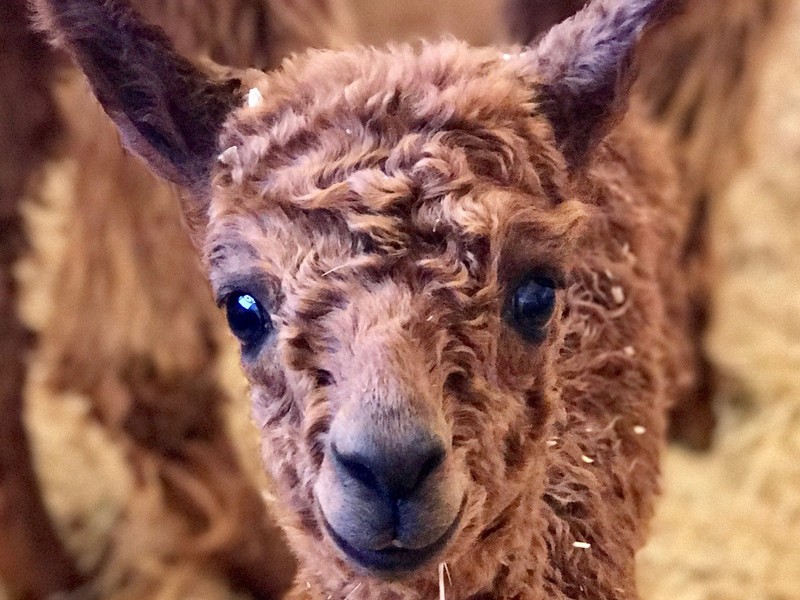 How he came to call the Retreat home:

He is the son of our alpacas, Cinnamon, a Huacaya and Sherman, a Suri.

An alpaca is a domesticated species of South American camelid. It resembles a small llama in appearance. There are two breeds of alpaca; the Suri alpaca and the Huacaya alpaca. Alpacas are kept in herds that graze on the level heights of the Andes.  Alpacas are considerably smaller than llamas and were bred specifically for their meat and fiber. Alpaca fiber is used for making knitted and woven items, similar to wool. Alpacas are too small to be used as pack animals.  Alpacas are social herd animals that live in family groups consisting of a territorial alpha male, females and their young. The gestation period is, on average, 11.5 months, and usually results in a single offspring.  Average lifespan is 15 years.