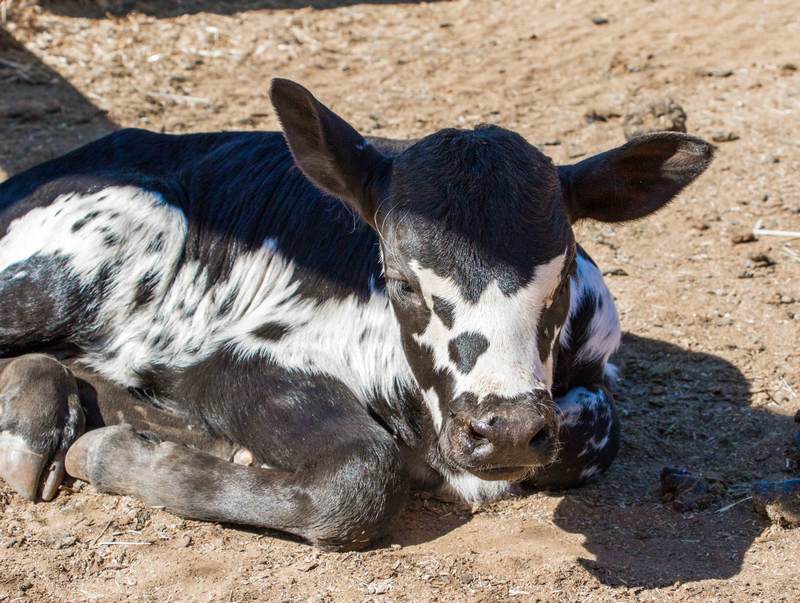 She was born at the Retreat.  She is the daughter of Burkina, her mom and Calypso, her dad.

The Ankole-Watusi, also known as Ankole Longhorn, is a locally adaptive, traditional  breed of cattle originally native to Africa.   Traditionally, they were considered sacred and referred to as the “cattle of kings” in Africa.  Its large distinctive horns can reach up to 8 feet from tip to tip and are used for both defense and cooling by honeycombs of blood vessels.  The massive horns serve the Watusi cattle by actively dispersing heat from within its body allowing the breed to adapt to climatic conditions within several regions affected by severe heat enabling the breed to survive during long drought periods.  They supplied milk to the owners, but were only rarely used for meat production, since an owner’s wealth was counted in live animals. They live in the savannas and open grass-lands, their diet consists of grass and leaves. Ankole-Watusis weigh from 900 to 1,600 pounds. The lifespan is usually early 20s.