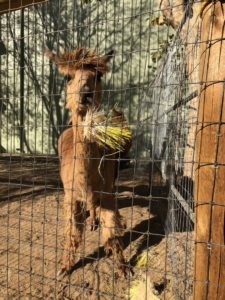 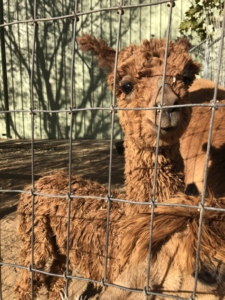 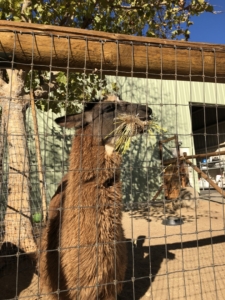 Yay!  Cinnamon and her two sons (Nutmeg and Neopolitan) are now free to roam in the same enclosure.  A sure sign Nutmeg born in September is growing up.  We’ve been introducing the two siblings slowly to cut down on sibling rivalry. The last three weeks the three were touching noses next to each other. After seeing them napping next to each other, the team decided it was time. Today was the big day – we opened up the gate between the enclosures.  A lot of running around going on!